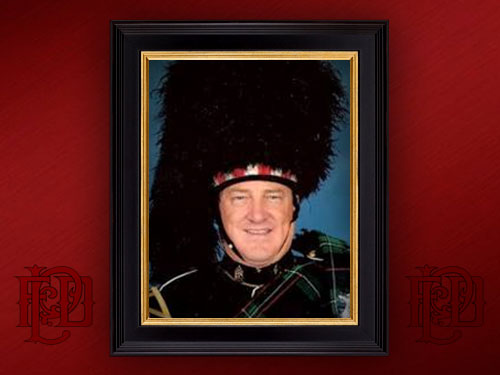 Gary went off shift and took his oldest son, Alec, and two of his friends for one of their rappelling events at Echo Canyon (Camelback Mountain) at the Sugar Cube.

A catastrophic anchor or system failure occurred, he was seen holding his and Trevor Crouse’s and possibly one other boy’s weight, then fell the rest of the way down the cliff. Our own worked him and he died at Scottsdale Memorial-Osborne. Trevor also died.

Gary was off-shift, so this is not duty-or work-related, but because of his stature as our Pipe Major, playing for hundreds of funerals of our members and others, for building and leading our Pipes & Drums, and because he mentored so many in other fire department pipes and drums throughout Arizona and the country, he is well-respected and loved.

Gary’s funeral was, by necessity, a VIP funeral with hundreds of pipers and drummers and drum majors from across the US and Canada. His funeral can still be seen in entirety via Youtube, and you can see a tribute to him at the Hall of Flame. He also served the Sun City Fire Department, previous to Phoenix Fire.

Gary was born May 20th 1964 in Utah, was cremated and will be interred at the Bell Tower urn niches, north side. He is survived by his wife and three sons. Alec, is a PFD and DMFD Cadet, and a volunteer with Walker FD near Prescott.