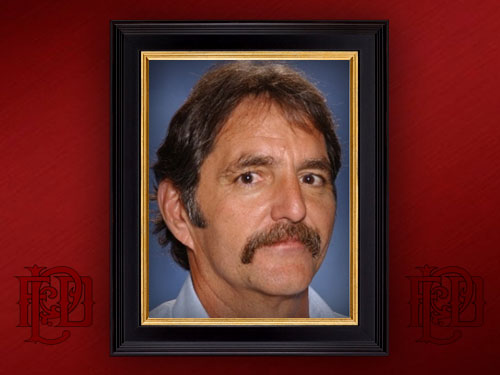 While ordering food Mark gave his money to a crew member and walked outside to call his wife. As he walked outside, he collapsed. A customer entered the restaurant and alerted the fire fighters that “someone was down on the sidewalk.” The crew members found Mark unresponsive. Attempts by his crew to save him were unsuccessful.

Mark was born May 12th 1954 in Texas, and is buried at Greenwood Firefighters cemetery by the Bell Tower. His grave is marked with a red cross during the annual Fallen Fire Fighter Memorials each January.

Mark was survived by his wife, daughter and step-daughters.