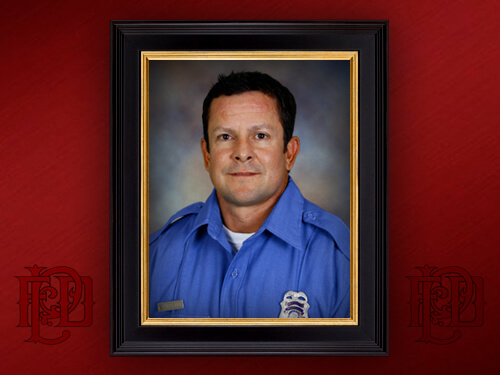 About Richard A. ‘Ricky’ Telles

Fire Fighter Ricky Telles of Engine 905 contracted occupational esophageal cancer from multiple exposures that penetrated personal protective equipment and clothing. Ricky was in treatment and hospice and succumbed to the cancer on January 17, 2019 at home while still active on the job.

Ricky was born November 7, 1974, and is interred at the Greenwood Cemetery, Firefighters area, on the east-facing niches of the Bell Tower, upper right niche. He served Phoenix Fire from 2006 until his death in 2019, and had also served Buckeye Fire
Department as a reserve previous to that.

Ricky is survived by many family members, including his wife and five children.